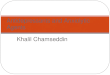 Anticonvulsant and Anxiolytic Properties of the Leaves

2015 10 26 Benzodiazepines possess sedative, hypnotic, anxiolytic, anticonvulsant, muscle relaxant, and amnesic actions, [3][4] which are useful in a variety of indications such as

Anxiolytic drugs - Dr Ted W .Some drugs have anxiolytic and sedative/hypnotic effects. ... The other